Americans living in the Midwest and Northeast can stop holding their breath, because this cold weather pattern will be sending Jack Frost packing. An area of high-pressure is rising from the Southwest to the Northeast and will shift this polar vortex, moving it into the upper Midwest and plains states. From there, air coming from the Southeast will move upwards from the Gulf coast and hit this system straight on to finish the job. Many states in the upper Midwest have been dealing with unusually cold and brutal temperatures over the week, but luckily the temperatures will start to heat up. For example, in New York, it was just 4 degrees in Central park on Tuesday. By Saturday, New Yorkers will be thawing out with predicted highs over 50 degrees according to the National Weather Service. The state of Florida is even dealing with a deep freeze on Wednesday, located in the Gulf Coast regions of the state.

The state of North Dakota, who has been dealing with wind chills in the 50’s below zero, will gladly experience lows of 20’s by this weekend. Atlanta, who has been dealing with temperatures in the teens, can expect up to 65 degrees come Sunday. Also, there is a large chance for rain and flooding due to hit the Plains and East Coast on Saturday due to the system shift. Unfortunately, just because it is gradually warming up, it does not mean the danger is over. Flooding is a major concern in many states, because temperatures may rise to over 50 degrees in some states. There is no run-off right now because of how cold the temperature is, but with such an immediate change, there is a large risk of flooding.

This polar vortex has caused a multitude of problems in the northeast and upper Midwest. Many residents of states such as North Dakota, Wisconsin, Ohio, Indiana, and Michigan, can be very glad that this system is coming to an end. All of these states have experienced subzero temperatures with no relief, but luckily that relief is coming in time for the weekend. The major concerns now are flooding on the east coast that could be caused due to the merging of the system from the south, and the existing system. Stay tuned to your local weather authority for any changes in the weather system that may occur. 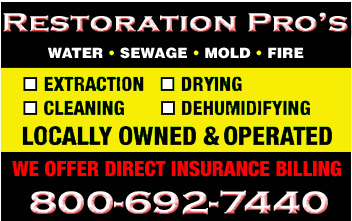